Tweets, memes, and roasts: how to succeed on Twitter as a brand. - Shinyverse

Tweets, memes, and roasts: how to succeed on Twitter as a brand. 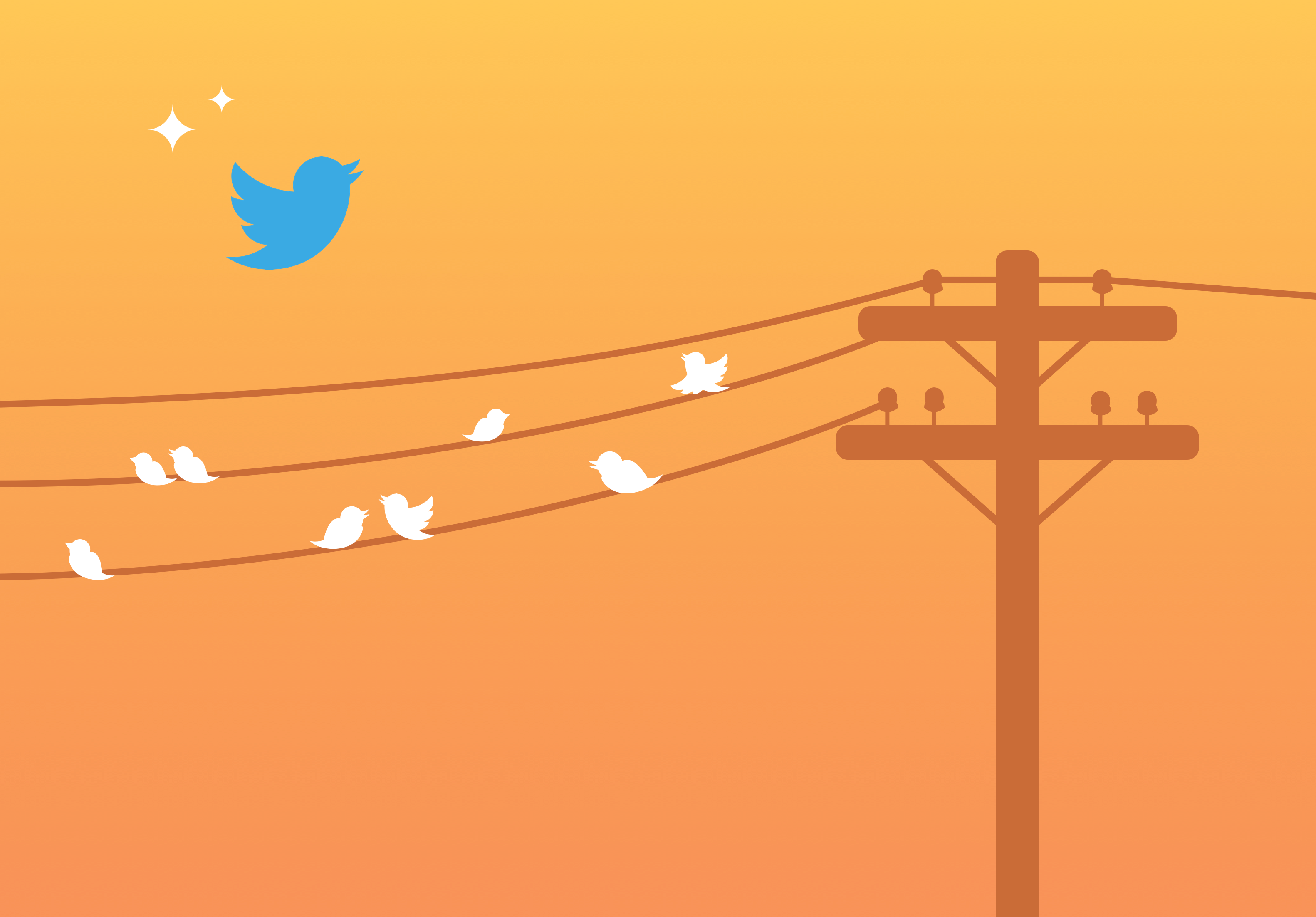 There is nothing better than seeing a brand post in your feed that doesn’t feel like it’s trying to sell to you. One that is witty, timely, and topical. And conversely, there’s nothing worse than one that tries to do all of that… and fails.

The best place to observe this is Twitter. Since most people don’t generally go straight to a brand’s Twitter account to learn about their products or services, (a quick google search could yield those results much quicker and more directly) brands are left struggling to find their place on the social media platform. And consumers are left wondering why they should follow them.

For it’s 330 million active users, the biggest appeal of the site is a place to be entertained and express opinions. Brands that don’t contribute to that conversation often fail to see the engagement they may hope for.

When it works, though, it really works. Several companies immediately come to mind when I think about brand posts that have exploded. Wendy’s, Netflix, even Merriam-Webster… they just seem to “get” Twitter. So, what’s the difference between them and the millions of other companies trying to break through and connect with their audience?

Their voice. Their spot on pop culture references, memes, and sometimes insults (everyone who uses Twitter remembers Wendy’s rap battle feud with Wingstop) fit in seamlessly with the atmosphere of Twitter and their audience. They’ve created an extension of their voice that feels cohesive to their brand, while also feeling unique to the platform. You don’t see those Wendy’s tweets on OOH billboards. It just wouldn’t work. They’ve proved that they understand what brings users to Twitter and have found a way to connect with them that feels organic, by posting things their audience WANTS to retweet and share with their own followers. 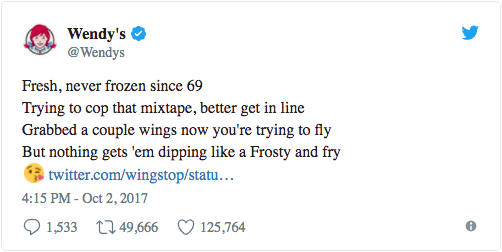 Just like the iconic Arby’s tweet of 2014, where the fast food chain tweeted at Pharrell during the Grammy’s to make fun of his ridiculously oversized hat (and point out the uncanny resemblance to their logo), brands do best on Twitter when they comment on things AS they’re happening, and when those things feel relevant to their brand. It would be totally different (and definitely not perform nearly as well as the 79K retweets and countless headlines Arby’s tweet achieved) if, let’s say, Starbucks had been the one to make the joke.

So, with such great results, it seems like this is a smart strategy, right? With followers in the millions, and soaring engagement, every brand should follow the examples of Wendy’s, Netflix, and the other big brands on Twitter… right?

Wrong. As delightful and surprising as it is to find a brand that is effortlessly fitting in with internet culture and connecting directly with their audience, it is painfully obvious when a brand misses the mark. Many try and fail to emulate this strategy. Whether they don’t get the joke quite right, it isn’t timely enough, or it just feels forced… it can leave the audience feeling the opposite of connected.

So, while blindly adopting this strategy to just any brand won’t work, there are several lessons anyone can take from these examples. If you look at the success behind these accounts, it comes down to a few key things.

There’s no straight path to succeeding on Twitter, but following these steps can help you make sure your brand is engaging, authentic, and on your way to trending. DM us @shinyverse and we can help you find your path.